Section of Highway 5 in Minnesota Set to be Renamed After Prince
Questlove Reveals that Will Smith Was Supposed to Make A Surprise Appearance At Grammys, but Had to Cancel Due to Bad Boys 4 Filming 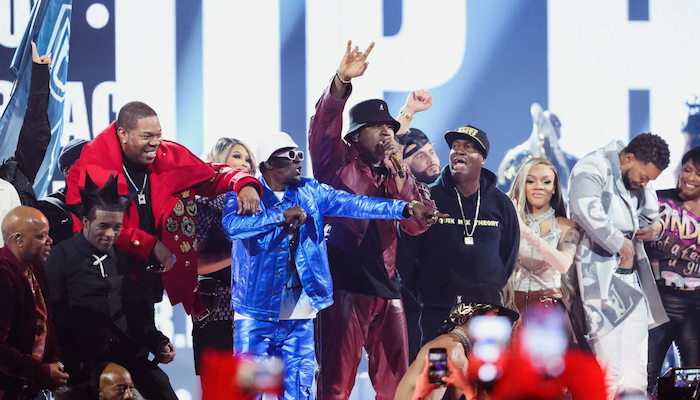 Beyonce Announces 2023 Renaissance World Tour
The 41-show global outing kicks off in Stockholm in May.
2 days ago

Rihanna on Upcoming Super Bowl Performance: 'Can't Wait to Kill It'
We are officially on the road to the Super Bowl, which really means Rihanna SZN is approaching.
2 days ago

Video Surfaces Of Cardi B Yelling Backstage At Grammys Amid Alleged Offset & Quavo Fight
Cardi B allegedly got involved in the rumored fight between Offset and Quavo, shouting, "Both of y'all wrong.”
50 Cent Praises Eminem & Dr. Dre While Reflecting On 20th Anniversary Of ‘Get Rich Or Die Tryin’’
50 Cent gave Eminem and Dr. Dre their flowers, celebrating his “3-headed monster” team while reflecting on 20 years of Get Rich or Die Tryin'.
GloRilla Wants A Tattoo Of Her Conversation With Beyoncé, Gushes Over Their Grammys Meeting
GloRilla wants to get a tattoo commemorating her meeting with Beyoncé backstage at the 20223 Grammy Awards.
Will Smith Dropped Out Of Surprise Appearance At Grammys
Will Smith was supposed to make a surprise appearance at the Grammys, but he dropped out at the last minute. Read about what happened!

Work With Us
Terms of Use
Contest Rules
EEO REPORTS